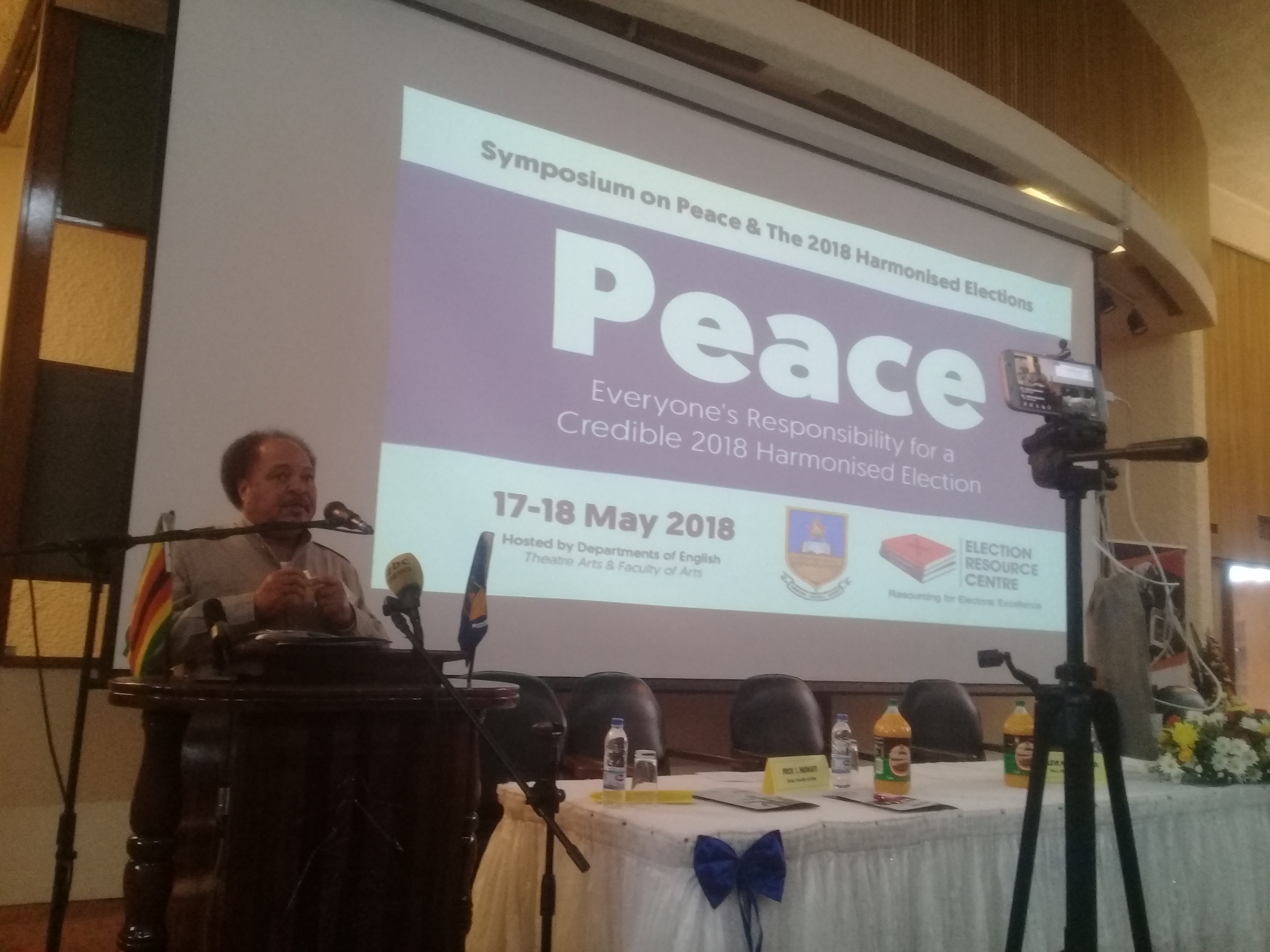 Dr Mandaza was one of the presenters during an Election Resource Centre organised Symposium on Peace and the 2018 Harmonised Elections at the University of Zimbabwe on Thursday.

“The coup represents ironically a stage in the disintegration of the Zanu PF party and State; not restoration as is claimed by the coup leaders and therefore the current freedom that you are experiencing in the rural areas to the extent to which the opposition is able to have rallies in areas they have never been able to hold rallies before. It’s because the state has disintegrated. They are nolonger able to control events.

“The state is divided; army versus police, army versus CIO. It’s a fractured state. That might board well for the elections. That there would be more freedom of movement, freedom to campaign but it can also mean that sections of the state desperate that they are becoming can react and react violently.”

Dr Mandaza, who was presenting on “A history of elections in Zimbabwe – lessons for the present and future” said Zanu PF, under Mugabe has never won any election since 2000 and has been relying on intimidation and poll fraud to retain power.

“The elections since 2000 in particularly have not been peaceful; they have been marked by disputes and one can say quite conclusively that Zanu PF had lost it by 2000. I remember very clearly that by 1990s, Zanu PF had lost the mass base and in my narrative would say that from 1996 onwards Mugabe was not able to fill up a single stadium in the country.

“Mobilisation became regimentation to a point where especially the 2008 elections the population at large feared elections because they knew that election time was hell and it is no secret that the elections in 2013 were rigged outright and some of us stood up and said so it was impossible for Mugabe to have received 2,2 million votes. Clearly Mugabe has not won any elections since 2002,” he said.

Vendors Union of Zimbabwe leader Stern Zvorwadza also presented on the topic “Peaceful elections and the prospects of economic recovery in Zimbabwe”.

He however surprised many when his speech all turned out to be a strong affirmation for President Emmerson Mnangagwa’s continued leadership.

“The former president is different from the current president. I will quote, he (Mugabe) vowed that the gun was mightier than the pen but President Mnangagwa is saying the pen is mightier than the gun,” Zvorwadza said, adding, “The new dispensation and citizens together came up with the pledges to a new Zimbabwe, pledge to move Zimbabwe from vaMugabe which is Egypt to Canaan which is the new dispensation.”