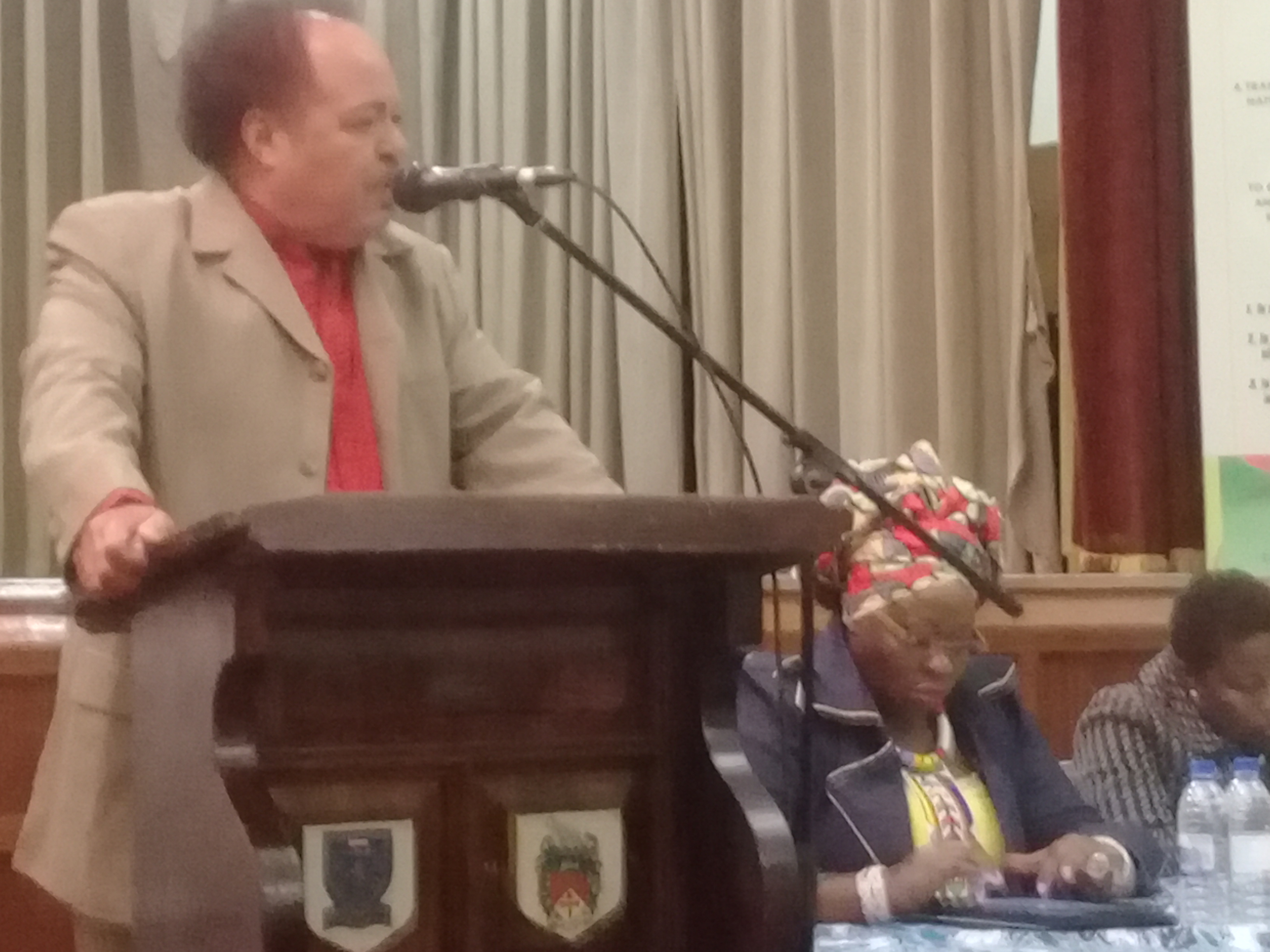 SAPES TRUST executive director Dr Ibbo Mandaza has called for a post-election national and international contingency plan on Zimbabwe if the military-backed Emmerson Mnangagwa government refuses to hand over power in the event of a defeat to the opposition in July.

He was speaking in Bulawayo Friday during a SAPES Policy dialogue sponsored by the Election Resource Centre and the Zimbabwe Christian Alliance.

The dialogue series is often patronised by western embassy staff, academia and civil society leaders who would be keen to get a broader perspective about the country’s political trajectory.

Earlier during the discussion, ZEC Commissioner Qhubani Moyo insisted their actions were reinforced by the constitution as he allayed fears of Zanu PF interference in national poll processes.

“I think you (ZEC) are too confident and are forgetting there was a coup in November,” Mandaza said, adding, “We have an unconstitutional government right now.

“So, I don’t know why you are talking about the constitution and one of the international premises is that the coup can be cured only if there is are free and fair elections.”

The outspoken former top civil servant said it was unthinkable the country’s meddlesome military top brass would carry out the November coup that ousted President Robert Mugabe only to allow the opposition to take over free of any hassles.

“In the light of that, we have to consider very, very carefully, what if the elections are not free, fair and credible. What are we going to do nationally, regionally, globally?

“We believe that we need a contingency plan because the possibility of some mad soldiers trying to take the law into their hands is real,” he said adding that the role of shadowy demystifying Nikuv

Israeli security company, Nikuv, in national elections has never been adequately demystified to warrant any trust in a Zanu PF managed election.

The country’s military has the inglorious history of blocking then MDC-T leader Morgan Tsvangirai from becoming President when all had appeared he had won the 2008 elections.

Mandaza said Zanu PF is now divided among three factions namely Mnangagwa’s Lacoste, G40 which has evolved into the opposition National Patriotic Front and the third group being the Zimbabwe Defence Forces.

This, he said, has severely weakened the ruling party to a point where it was now inconceivable for its presidential candidate to triumph over the main opposition led by Nelson Chamisa.

“The question is whether the State machinery is still intact enough to be able to carry out a rigging operation. The impression is that they are too broken,” he said.

Mandaza, whose opinions about the country’s political affairs are often solicited for by the international media, also said the delicate balance of Zimbabwean politics placed the country on a constant threshold of possibly returning to a government of national unity.

He insisted that opposition must hold sway in the arrangement.

“There appears to be pressure towards another GNU but clearly a GNU in which in my view has the potential of being different from the last GNU.

“The last GNU was geared in favour of those who had lost the election,” said Mandaza, a proponent of a National Transitional Authority.

“We hope that in this post-election period, we will have the opposition which would have won the election leading the pack in terms of how the GNU is moulded.

“Certainly, it must include security sector reform of a serious kind; one in which the current leadership of the military most of whom are beyond retirement age already leave.

“We would need to have the peace and reconciliation move in and assist in an amnesty so that we don’t have retribution.

“One of the reasons for the coup remember was in fact fear of retribution on the part of those who would have won the election.”