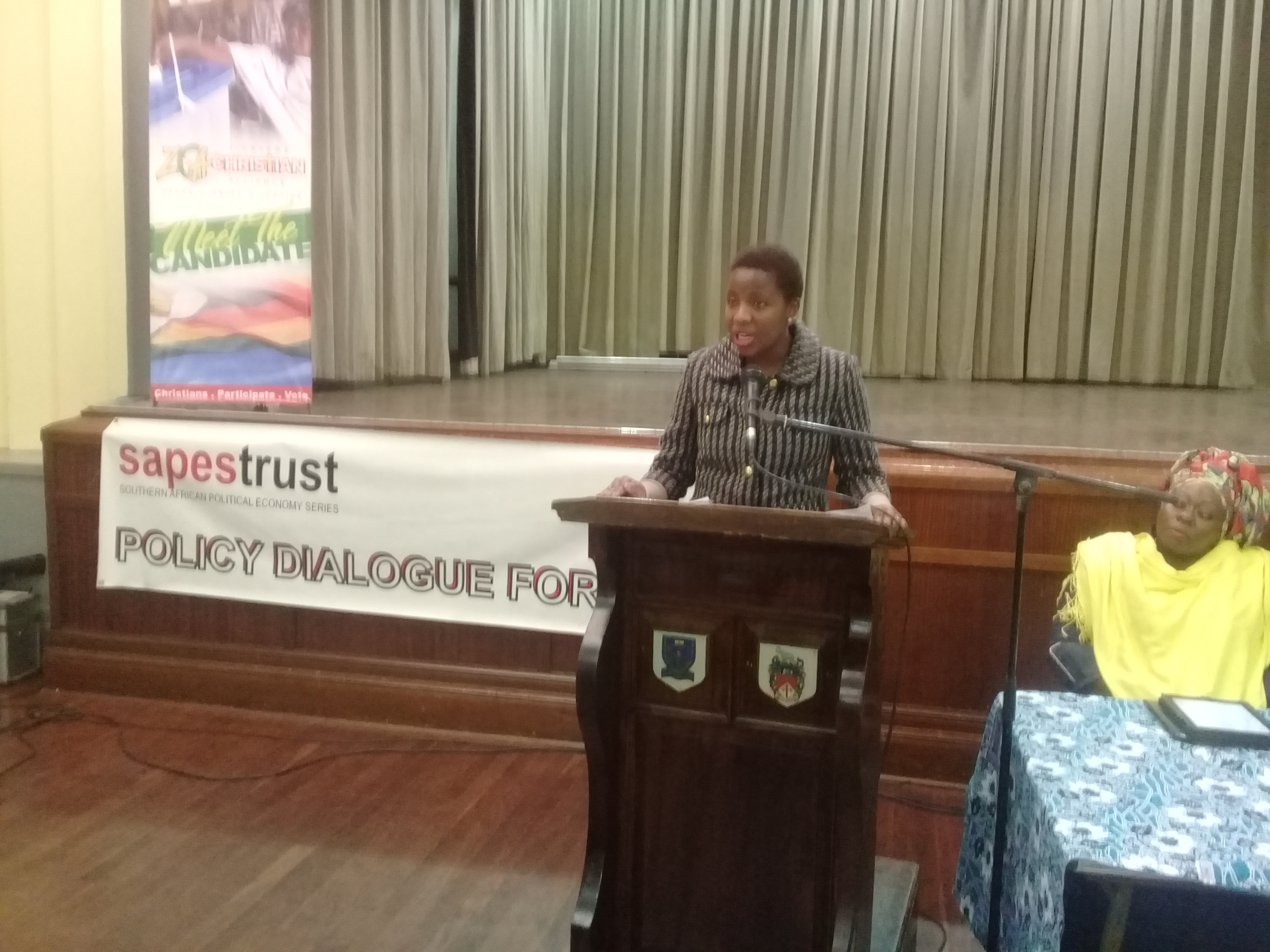 With under three months before the 2018 harmonised elections, Zimbabwe has very little time to influence a credible, free and fair election. Opportunities to address some of the biggest contributors to our elections failing the credibility test have been missed albeit deliberately or otherwise.

In the absence of addressing the Constitutionality of the legal framework of our elections including but not limited to the independence of the Zimbabwe Electoral Commission, the adherence of ZEC to key principles of election administration and its capacity to deliver the outstanding electoral processes in a constitutional manner and securing a political environment where Zimbabweans can freely participate in all electoral processes before, during and after the election day, Zimbabwe is likely going to be faced with an election whose credibility will be placed in doubt.

Given the limited time left, credibility around freeness and fairness of the 2018 election will come down to a few strategic issues. It is unrealistic to expect wholesome changes to election law and practice in the next few weeks but it is within the responsible authorities’ control to address some issues which may positively change the election outlook and definitely reflect an intention to move in the right direction. Political will is what is needed.

PREPARATIONS FOR THE ELECTION SO FAR

Major highlights in terms of efforts made so far include the introduction of biometric voter registration (BVR) culminating in the current efforts towards the production of a new voters’ roll, appointment of a substantive Chairperson of the Zimbabwe Electoral Commission, the setting up of a legal basis to conduct fresh registration of voters, conducting of voter education around the BVR process, the accreditation of civic society and faith based organisation to observe the voter registration process, the accreditation of civic society and faith based groups to conduct voter education around voter registration, the periodic updating of stakeholders on progress on electoral processes, assertions by the President calling for peaceful elections, and a judgement passed by the Judiciary declaring asunconstitutional the position taken by traditional leaders to support ZANU PF in elections.

These highlights are important in as far as they compare to efforts made in the past towards our elections. Sadly, these efforts have not accompanied by extensive qualitative elements that would go a long way in making them consequential to credible elections.

While the introduction of biometric voter registration and the prospect of coming up with a new voters’ roll is a phenomenal milestone ahead of the next election, there has been very limited transparency around key processes around the compilation of the voters’ roll. In the same breath, while legislative changes have been made to the Electoral Act in terms of reform, aspects linked to aligning the Electoral Act with the Constitution have been insignificant at best. In terms of convening stakeholder platforms to share updates and appraise Zimbabweans on progress around key electoral processes, these have been very limited in terms of compelling accountability on the part of ZEC by restricting exchanges in the conversations. These are examples where the efforts made have been limited in both scope and impact in terms of influencing the credibility of the 2018 election.

WHERE TO FROM HERE?

Before Parliament is dissolved, it would make a lot of difference if the outstanding alignment of the Electoral Act with Constitution issues could be resolved specifically in terms of the independence of ZEC, the right to vote, freedom of expression as it relates to voter education and setting up of solid mechanisms to enforce a conducive environment for the conduct of an election that is not only credible but also constitutional. Such changes, if enforced in the administration of the outstanding electoral processes before polling and immediately after polls, would go a long way in eliminating potential areas of contest around freeness, fairness and credibility of the 2018 election.

Furthermore, with under two months to go before the 2018 elections, the Zimbabwe Electoral Commission could easily adopt procedures to administer, voter registration, inspection of the voters’ register, procurement of sensitive and non-sensitive material, recruitment, training and deployment of personnel to administer all electoral processes and setting up and testing of a results management system, that emphasize transparency, accountability and verifiability as key principles. Such an effort on the part of the Commission would enhance stakeholder and public confidence in the outstanding electoral processes and entrench the independence of ZEC in administering elections.

In terms of the electoral environment, the next few months should witness state institutions mandated with supporting democracy fully enforcing the law in protecting citizens against the excesses of politicians and political parties especially in terms respect of political rights.

Equally the state media must fully operate within the confines of the law.

Reinforcing credibility, freeness and fairness in Zimbabwean elections is therefore a long term project that must be invested in in deeds and not expressed intentions alone. While short term recommendations are suggested to salvage whatever little credibility can be secured looking at the 2018 elections, immediate efforts must fully embrace steps towards long term strengthening of laws, institutions and practices to promote respect for human rights and a democracy culture in Zimbabwe