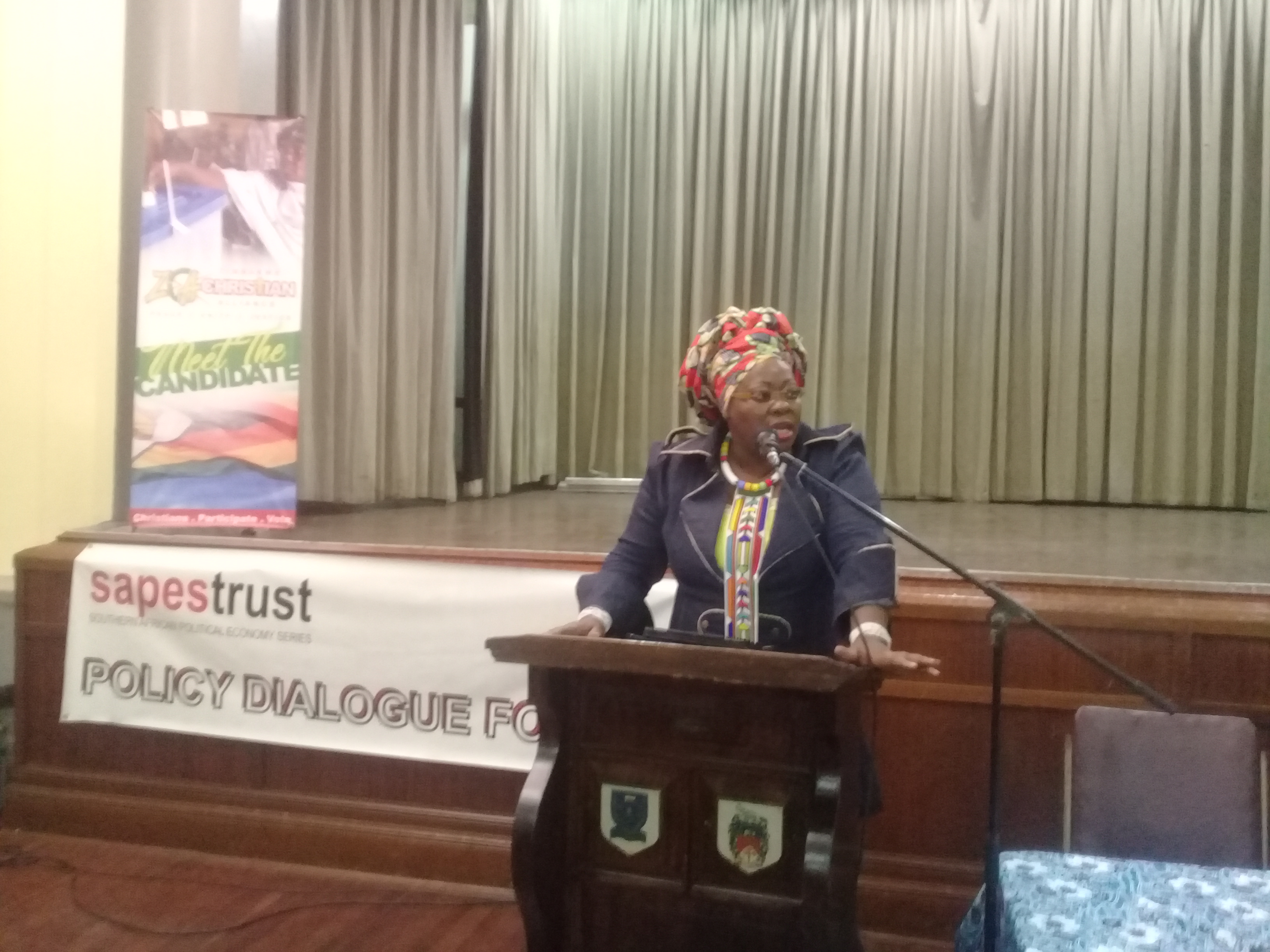 CALLS have been made for government to remove the country’s central registry servers from Josiah Magama Tongogara Barracks (formerly KG6) to a friendlier environment.

This comes amid concerns the ruling Zanu PF party is using the highly restricted military facility to shield the national voter registration infrastructure from independent scrutiny.

The calls were made during a recent Bulawayo public discussion on elections under the topic, “Towards credible, free, fair and peaceful 2018 elections: Prospects and challenges”.

Zanu PF is under fire for abusing its long relations with military commanders to rig the country’s successive elections.

Presenters during the Election Resource Centre sponsored SAPES Trust dialogue also took time to blast the controversial handling of the country’s often divisive polls with former government advisor Sibonokuhle Ncube (pictured) saying the rot could be linked to government’s stubborn decision to hang on to the services of Registrar General Tobaiwa Mudede who is now beyond his retirement age.

Ncube, who is also a political and social analyst, said the biometric voters’ roll shall ever remain a suspicious document for as long as authorities left processes in the hands of Mudede, whose name features prominently in successive episodes of poll theft under long serving and now former President Robert Mugabe.

“The other issue is the static principal staffing at the Registrar’s Office throughout this 38-year history of independence,” Ncube said.

“Our national identification documents are centralised at KG6. That is a big problem because I think there appears to be some hidden nexus with inflating figures and continued centralisation and mention of the one-man Tobaiwa Mudede regardless of the quality of elections.

“At some point I thought progressive leadership should have also brought in succession and changed faces at least out of decency.”

Co-panellist and international human rights lawyer, Sipho Malunga said by being domiciled at the former KG6, the central registry system was far beyond any access by the opposition and ordinary citizens with an interest on how polls were being run.

Malunga, son to the late former PF Zapu stalwart and national hero, Sydney Malunga said by managing poll processes using infrastructure that is domiciled within an army facility, the Zimbabwe Electoral Commission (ZEC) could not demand to be trusted by citizens who still have fresh memories on how the military has meddled in national elections.

“It is for the people managing the election that must convince the public that this register is a true and accurate reflection of the number of people who have actually stepped forward to vote in the election; that no one has been removed and no one has been added,” he said.

The country’s security commanders have in the past declared they will not accept any winner presidential winner who did not take part in the country’s liberation war.

The statement was apparently targeted at then MDC-T leader Morgan Tsvangirai who was seen as a threat to Mugabe’s continued cling on power.